Be what you are, let others see who you are.
God gave people shoes to fit each one of them. Plenty more to wear.

Social Updates of The World #2

The countdown continues, as the pressure builds up. PMR is right around the corner. 6 more days, to all of the candidates of the exam. This will be my last post before the exam, so the Liverpool match next week will not be updated into my blog. Wish me luck, readers. :)

Sincerely,
The Babbler.
Posted by The Babbler at 05:49 No comments:

Information Updates of The World #4

A win after 2 losses for Liverpool, an honour recovery. A sure miss try or maybe a lost cause cross from Charlie Adam managed to hit Johnson's head as the defender was trying to clear the ball above the bar. The misdirected ball went on to trick the Wolverhampton goalkeeper, getting Liverpool in front early in the game.

Few minutes later, Suarez got a goal after a brilliant run, with calls from the opposite team saying that it was offside. The linesman however, played on and Suarez did another fine performance to finish his work.

A goal by Fletcher at the start of the second half was not enough for the visiting team to take a point out of the match.

Liverpool fought valiantly, but if it wasnt because of the mistake by Johnson, they still would be at a low state. Liverpool F.C is currently in 5th place, and closing to their target, to get a top 4 position. 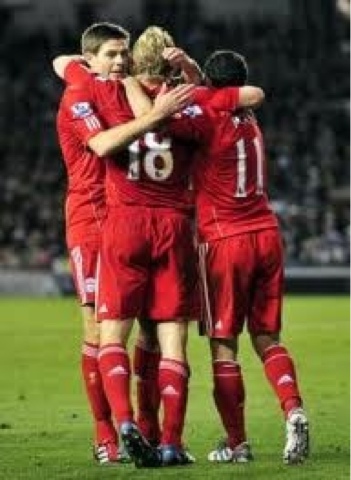 Social Updates of The World #1

15 days. Thats all the time I got before a serious exam of mine is to be faced. PMR or Penilaian Menengah Rendah, is the bridge for some students to go to boarding school. I, though, am only facing it because. So I hope I can get the encouragement by all readers out there. Pray for me to pass with flying colours. :) Thanks for reading and visiting.

Sincerely
The Babbler.
Posted by The Babbler at 10:24 2 comments:

Information Updates of The World #3

I dont feel like writing one today, but its my responsibility. I guess its part of the cons of a blog. :(

Can it go worse for the Kops? Apparently yes. 2 red cards and 2 yellow cards collected by Charlie Adam, Martin Skrtel, Suarez and debutant Sebastien Coates respectively. A chest injury to Daniel Agger makes it even worse. On the contrary, 2 debut goals by Adebayor for Tottenham. Suarez's goal dismissed due to an offside. Carroll still failing to score. Bellamy not put on. Unbelievably horrid day. Great day for Tottenham fans though.

I hate this article.

The Babbler.
Posted by The Babbler at 10:12 No comments:

Information Updates of The World #2

A first half penalty caused by Jamie Carragher got the home team up. A spirited Liverpool kept fighting but could not get a goal. Calls for a handball was called at least twice in the home team's penalty box, though not given by the assistant referee although replay views showed that it indeed was a handball. Suarez however failed to score in the chance of a lifetime when goalkeeper Begovic of Stoke City made a mistake by attempting to clear the ball but ended up in Suarez's feet instead. The Urugayan striker however mis-shot and the ball skidded past the right post.

Liverpool's last minute signing Craig Bellamy from Manchester City shone on his debut. After leaving Anfield once, he returns as a substitute, and a really big asset for Kenny Daglish with his final moment performance. He is almost for sure to be a first team man in the future.

Stoke City were for an hour the best defenders in the world. They crowded the penalty box, allowing no shots to be made, including a try from Andy Carrol. Signings for Tottenham such as Palacios proved to be a great addition to the team.

I, as a Liverpool fan, feel dissapointed on the result. Liverpool failed to continue their unbeaten streak, mirroring the achievement of the Potteries. May Kenny Daglish find a way to fix their weaknesses, and get back up to fight their next opponent, Tottenham FC.

Kudos, and about the update about "Rap" I am sorry to inform that I would have to delay it for about another month due to my examinations. Yes, I am still just another student. :D I would still be updating some information updates about Liverpool FC. Thanks for visiting.

Very sorry to inform- I have been facing a few minor setbacks, forcing me to postpone my next article on the "rap" title. As everyone knows that the Raya holidays just recently passed, the participation in those holidays kinda slowed down my progress. Anyways, to everyone reading this Have a happy Eid, and a nice holiday. :)

Where in The World..?

Communicate with The World

Who IS The Babbler?

The Babbler
Welcome. Im the Babbler. As my name says it, I babble about anything I want to, so all my thoughts of the world are released with no filters. Except for the universal filter known as "Family." Im in the Hip Hop culture, love the rap genre of songs, and I love fingerboard designing. Maybe one day Ill create my own fingerboard business. Who knows. My motto: There are many shoes in the world- wear your own. Be who you are. :)